Disney Plus, which launched now over 2 years ago, has quickly grown into a powerhouse of movies and television shows, including several of the finest original shows and movies from the Marvel Cinematic Universe, Disney to the Star Wars series, and many more.

Disney Plus is an exclusive online streaming platform that contains a substantial share of Disney’s vast content archive where you can see new content as well.  Its library of movies and TV shows isn’t as huge as Netflix’s, but Disney+ is the only place to watch new content such as The Mandalorian, MCU’s Hawkeye, and WandaVision.

It also has a lot of great content, including Pixar, sports, and National Geographic. In order to access TV shows and movies on Disney Plus, users need to have a monthly or yearly subscription which is available at great deals. It is almost universally available, including an exclusive app for iPhone, Android, Xbox One, Fire TV, and other devices. However, there is no app for Disney Plus for PC. On your PC, Disney Plus is available on any browser for you to watch. However, if you don’t wish to open a new tab or a whole browser session, you can get the Disney Plus app on your PC. This way you can get an app-like ordeal.  You can accomplish precisely that with Progressive Web Apps (PWAs) and a browser-based on Edge or Chrome.

For Windows users, Disney Plus is available as a full PWA or progressive web app and in order to access it, all you need is Google Chrome or Microsoft Edge.

Using Chrome, you can create a PWA of Disney Plus for your PC(Windows) by following these simple steps.

Disney Plus will run in its own window browser and have its very own app icon in the Windows taskbar. On Windows, you can add the app to your Windows taskbar where it will launch in its own web page, giving you a full, app-like interface. A shortcut will appear on your Start menu as well.

Using Edge to install Disney+ as a PWA is a much easier approach. It is important to know that you must use Microsoft Edge that is Chromium-based for this to operate.

Disney Plus isn’t merely a website shortcut when deployed as a PWA. It also launches in its own window, fully independent from the rest of your browser. You run it in the same way you run any other routinely installed program on your computer. 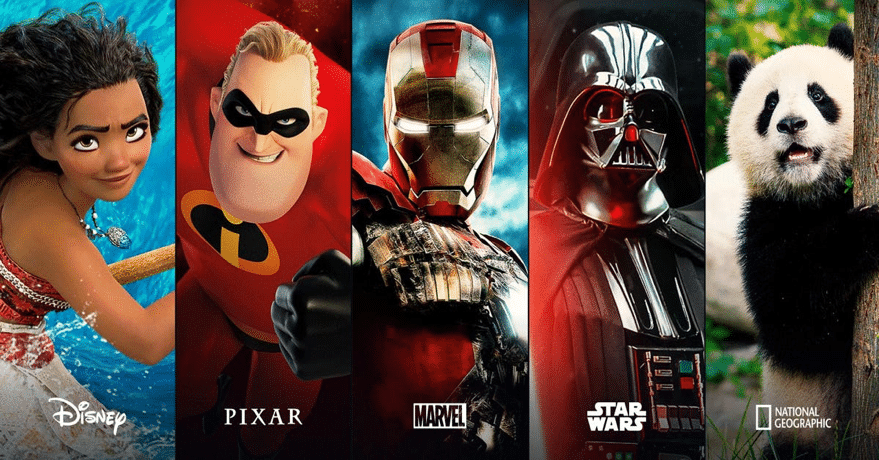 This list has the top 10 series that are most watched on Disney Plus based on the trending section on the platform’s homepage.

We have put together a list of the top 10 movies watched on Disney Plus by taking their popularity among the masses into consideration.

Answer: You can watch Disney+ on four different screens at once if you have a Disney Plus subscription.

Question: What kinds of devices can I watch Disney+ on?

Answer: The Disney+ streaming service is accessible on the following platforms: